Value for money homes in the northern suburbs of Johannesburg

Notably, the R1.5 million price band remains very active in many northern suburbs of Johannesburg as it offers value for money for those looking to enter the property market for the first time, as well as those looking to either upscale or downgrade to smaller properties.

“In certain suburbs, properties priced below R5 million are snapped up as soon as they are listed, with greater demand and activity taking place within the R1.5 million price bracket,” says Bradd Bendall, general manager, real estate operations for Pam Golding Properties.

Midrand, which is more affordable when compared to other northern suburbs, offers accessible prices of R500 000 for studio apartments in Erand Gardens and Sagewood with one-to two-bedroom apartments priced from R750 000 in Carlswald, Vorna Valley, Halfway Gardens, Noordwyk and Country View, according to the Pam Golding Properties Johannesburg North Quarterly Report April 2019.

“Properties priced below R5 million in some suburbs continue to sell within a short period of time, reflecting that Johannesburg does offer good value for money, despite this currently being a buyers’ market,” says Bendall.

These include Parktown North, Parkwood, Parkview and Parkhurst with prices ranging between R3.5 million and R5 million. Established suburbs including River Club, Parkmore, Petervale, Benmore Gardens, Rivonia, Craighall, Moodie Hill, Duxberry, Dunkeld, Orchards and Victoria offer value for money with a number of property types to choose from. In these areas, sectional title properties are priced up to R2.5 million while cluster homes are priced between R3.5 million to R4.5 million.

Bendall says a number of buyers also seek properties in secure estates which offer good security and lock-up-and-go convenience coupled with easy maintenance. For many, it’s really about lifestyle choices determining where they buy.

New developments such as Park Central in Rosebank and One on Whiteley in Melrose Arch, scheduled for completion in May 2019 and August 2019 respectively, continue to sell well as these areas are prime-located. Prices in these developments range from R2 million.

Steyn City is experiencing steady demand, and in this development, it is still possible for buyers to purchase vacant land and build their own dream homes, or they can choose to buy existing ones.

Here, vacant stands range from R3 million to R17 million with current land prices ranging between R3 300/sqm to R5 200/sqm, which represents an average increase of between 18% and 20% since the development was launched in 2015, according to the Pam Golding Properties Johannesburg North Quarterly Report April 2019.

Bendall notes that in the Inner City of Johannesburg, areas such as Braamfontein, Bellevue, Bellevue East, Hillbrow, Joubert Park, Marshalltown and Yeoville remain sought-after as properties are accessibly priced with entry-level prices of R100 000 for bachelor apartments in Hillbrow, which is considered the most affordable of all the Inner City suburbs.

According to Lightstone data, in the past 12 months (2018), buyers were significantly younger than the age profile of existing homeowners – most noticeably in Hillbrow, where 90% of recent buyers were 35 years or younger, and presumably predominantly first-time buyers.

“With a young population steadily entering the housing market, 2019 is likely to see an increase in the number of first-time buyers, particularly in Hillbrow where prices are more affordable,” he says

Furthermore, the Pam Golding Properties Johannesburg North Quarterly Report April 2019 reveals that Bellevue East, located on the border of the upmarket suburbs of Observatory and Upper Houghton, emerged as one of the top performing suburbs in Johannesburg in terms of property price growth.

Property prices in Bellevue East grew by 5.4% in 2018 for homes priced below R650 000. The median price of freehold homes in Bellevue East was R1.025 million in 2018, reflecting a healthy increase of 50.7% over the past five years, according to Lightstone.

“Bellevue East is in demand as it is less congested when compared to Yeoville and Hillbrow which are the most densely populated, and have the highest number of people per square metre,” adds Bendall.

buyers property market economy sectional title
Loading comments
More Market & Opinion articles
Market & Opinion
Morningside top searched suburb
The RE/MAX National Housing Report for Q4 2019 revealed that Morningside was the most searched suburb on the RE/MAX of Southern Africa website for the second quarter in a row. Considering the area’s vast popularity, it is not difficult to understand why.
read more
Market & Opinion
Stay on top of home maintenance and save
As a homeowner, one of the New Year’s resolutions you should really try to stick to is to keep the maintenance of your property up to date.
read more
share this property article
Property Index
Get the latest property trend reports from the experts
Braamfontein
Braamfontein at a glance < Braamfontein, once a forgotten part of Johannesburg’s rich history, has steadily won back property buyers - both commercial and residential - over the last couple of years in part due to the rejuvenation projects and also due to the hip and happening art crowd that favours this vibrant part of town.
read more
Parkhurst
Once a quiet nondescript suburb, Parkhurst has reinvented itself to become a vibey and trendy village-style area with tree-lined streets and designer homes.
read more
Parktown
One of the oldest neighbourhoods of Johannesburg, Parktown lies between Westcliff and Saxonwold and is filled with heritage homes designed by the likes of Sir Herbert Baker and more.
read more
Your local agent 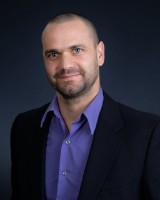