After a tumultuous three years, a number of significant shifts have begun to notably impact the real estate market, which is clearly evidenced by a recent Lightstone report revealing current purchasing trends in the Western Cape, including the latest top suburbs and streets.

For a number of years, Lightstone’s annual lists of the city’s wealthiest streets and suburbs remained largely predictable, with the Atlantic Seaboard and Bishopscourt featuring prominently on both, but this year the picture is a little different with the usual suspects making way for newcomers.

In 2017 and 2018, three of the highest valued streets were in Bishopscourt and last year it also ranked as the wealthiest suburb - but this year it failed to make the list at all.

Clifton has also been nudged off of both lists completely after featuring for several years, with only Llandudno representing the Atlantic Seaboard this year in the top-ranking suburbs (first place).

Constantia, on the other hand has been firming its position after making the list last year as the third most expensive suburb in Cape Town, a position it retained this year, along with fourth place being taken by Bel Ombre, an enclave within the tranquil suburb which also scooped fourth most expensive road.

According to experts, although the subdued economy and political turmoil have certainly been influential factors, changing buyer preferences and priorities have also contributed to the shake-up.

“Constantia has a distinctly country atmosphere with a village centre which offers locals all the essential amenities, as well as top eateries and the recent construction of cycling tracks and pedestrian pavements, has added to the appeal.

“The area is particularly popular with families wanting space for the kids to play and it offers plenty of space for outdoor leisure activities as well as so many different sports and social clubs.

“And, with sectional title plots and new builds coming on to the market for the first time, the suburb now also caters for the growing move towards low maintenance homes and gardens.

Thomas adds that investors have also become more conscious of finding value for money and Constantia certainly offers better value for plot and house size than more built up areas like Claremont and Newlands, with a broader price range and a more accessible entry point than Bishopscourt.

There has been a growing demand for homes in upmarket estates which offer exceptional lifestyles or cater to specific needs, like those with equestrian facilities and championship golf courses, so it’s no surprise that an estate like De Bosch has made it onto the list.

Chris Cilliers, CEO and Principal for Lew Geffen Sotheby’s International Realty in the Winelands, says: “Ultimately, estates like these offer the best of both worlds – the convenience of easy access to top-class amenities that have been tailored to meet their needs as well as a tranquil and secure lifestyle.

“And De Bosch delivers on every front. It’s a small secluded and very upmarket estate with very generous stands of between 5000m² and 7000m², with large designer homes and world- class equestrian facilities which include paddocks and an indoor equestrian centre.”

“According to Andrew Amoils, head of research at New World Wealth,” says Cilliers, “South Africa is one of the global pioneers in residential estate living, second only to the USA in the number of estate developments.”

Although the market in Cape Town has slowed significantly since 2016, the city’s property growth still remains above the national average.

And the top three inflationary growth suburbs in the Western Cape during the last year, namely Sillwood Heights in Eerste Rivier, Voëlklip near Hermanus and Hospital Hill in Worcester, are also enjoying the spotlight for the first time.

economy buyers property market luxury property
Loading comments
More Market & Opinion articles
Market & Opinion
Morningside top searched suburb
The RE/MAX National Housing Report for Q4 2019 revealed that Morningside was the most searched suburb on the RE/MAX of Southern Africa website for the second quarter in a row. Considering the area’s vast popularity, it is not difficult to understand why.
read more
Market & Opinion
Stay on top of home maintenance and save
As a homeowner, one of the New Year’s resolutions you should really try to stick to is to keep the maintenance of your property up to date.
read more
share this property article
Property Index
Get the latest property trend reports from the experts
Bishopscourt
As a part of the Southern Suburbs, Bishopscourt property is some of the most popular in Cape Town. With its large gardens, tree-lined streets and peaceful atmosphere it is easy to see why so many families make their home here.
read more
City Bowl
The hip and happening suburb cradled by Table Mountain, Lions Head and Signal Hill is like no other neighbourhood in the world. From city buzz to the beauty of nature in mere minutes sets it apart and provides a beautiful backdrop to the property available here.
read more
Clifton
Sweeping vistas of the Atlantic Ocean, sandy beaches and luxury real estate nestled on the cliffs all form part of the what makes Clifton such a sought-after residential area.
read more
Your local agent 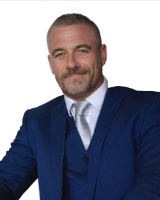