Buyers set to score with 117 on Strand

Like its namesake, a total of 117 apartments will be available in the state-of-the-art, mixed use, 17-storey development being undertaken by Ingenuity Property Investments Limited, a JSE-listed property company. 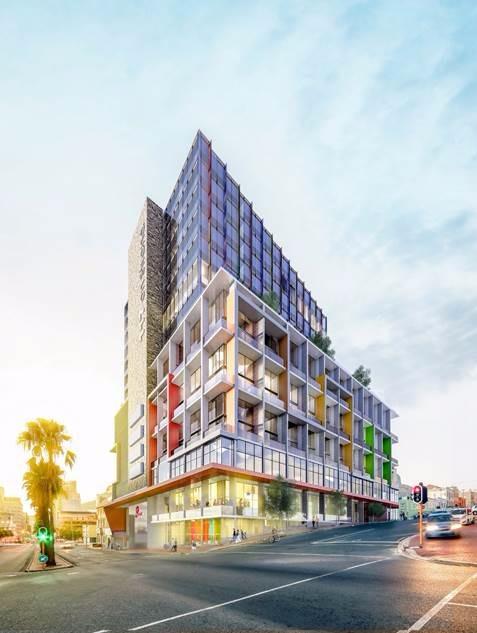 Some 42 apartments will be located in the podium section of a new building bounded by Strand, Hudson and Castle Streets, while a sleek glass tower section will house a further 75 residential units.

An on-site Virgin Active Health Club and upmarket shops will add to the appeal for sophisticated city dwellers (permanent residents or frequent travellers), young professionals and investors in the letting market.

“There’s no better indicator of a city’s success than the number of people who want to live and invest there,” says Andrew Golding, CEO of Pam Golding Properties. “The quality and convenience of this prestigious development should be an asset to Cape Town.”

Ingenuity CEO Arnold Maresky says: “City rejuvenation has led to an extremely vibrant and liveable city centre and 117 on Strand will offer the best of modern living in an area that combines rich history with timeless appeal.”

“These apartments are in a highly desirable, elevated city location, at the edge of De Waterkant village,” says Laurie Wener, Pam Golding Properties Senior Executive Developments – Cape Region. “They will offer easy access to all the lifestyle attractions and offices of the central city, Cape Quarter, Atlantic Seaboard and the V&A Waterfront – you can walk to many venues, or catch a handy MyCiti bus. 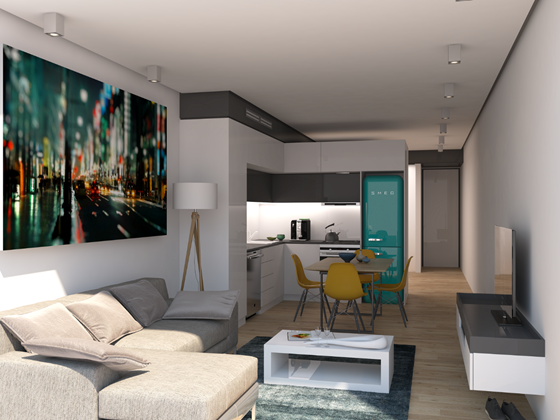 “The city centre has seen capital growth of some 800% since 2003, when the first major residential conversion, Mutual Heights in Darling Street, had approximately 174 units sold at a paltry R6000/m² m in one week. Currently, unit sales in the city are limited only by the shortage of stock. There is persistent high demand for sophisticated, stylish living (owner and tenant) with excellent security and all the benefits offered in a mixed use building of this calibre.”

The range of property in the new development starts with luxurious studio apartments priced from R2,255 million (VAT- inclusive, with no transfer duty payable), says Peter Spencer of the Pam Golding Properties’ City Bowl office. A limited number of apartments on the lower levels (floors three, five and seven facing Chiappini Street) will have terraces, ideal for making the most of relaxing summer days and evenings.

The units will offer high floor-to-ceiling spaces. Finishes will include imported tiles, taps and sanitary ware.  Buyers will be able to choose from different themes to tailor their apartments to their tastes.

The jewels in the crown, says Spencer, are four three-bedroomed duplex penthouses, ranging from 169m² to 233m². Situated on the highest floors of the tower block (16th and 17th   floors) they will offer double-volume spaces wrapped around the four corners of the building, making the most of the spectacular views.

The luxurious open plan penthouse living areas will emphasise the flow of space out towards the mountain, city and seaside vistas. Finishes will include Italian porcelain tiles and imported sanitary ware and taps.

Some penthouses are designed with a traditional separate en-suite, while others feature open plan dressing room-bathroom-bedrooms. All the penthouses have feature ceilings with bulkheads and integrated air-conditioning in the living areas. In addition to the bedrooms, there is a lounge on the upper level of each unit.

The building offers high-tech security and plentiful parking. Parking bays are included in the purchase price and allocated according to the number of bedrooms per unit. (For example two bedrooms, two parking bays.)

The modern building has several features alluding to the area’s history: The podium section has a structural element that steps up and down, relating to the stepped rooflines. And a section of the tower façade has coloured vertical fins which allude to the vibrantly-painted colours of old houses. These panels also function as fire prevention elements.

The building has been designed to achieve a four star Green Building rating and incorporates numerous energy-efficient features for optimal environmental performance (and cost savings for owners).

These include, but are not limited to, high performance façade glazing, high-efficiency air-conditioning systems for areas that are conditioned, grey water harvesting of shower water, centralised hot water with heat recovery from the cooling systems, and extensive water and energy monitoring with online access for users. Cyclist facilities are also provided

Construction is scheduled to start in September and the units should be completed in the third quarter of 2018.

The total R600 million development on the extensive site will also include retail space and A-grade offices.

The exterior of an existing heritage building on the site (corner of Strand and Rose Streets, with a ground floor plus two additional floors) will be sensitively restored to accurately depict the architectural features and character of the original construction.

Missing features and finishes that have been removed during several alterations over the many years of its existence will be reinstated; and magnificent steel and timber trusses will be exposed to create a spectacular light and bright space for retail tenants.

The exterior of an adjacent, smaller building will also be restored, with the existing proportions retained and plaster detailing retained and added to.

Kotlowitz Marais Architects has designed the new building (residential podium and tower units, retail space, A-grade offices and parking). Examples of other projects they have undertaken in the area include BBDO Chiappini Street, Cape Quarter Living, the new Abe Opperman Gallery in Hudson Street and finally 25 Loader Street, for which they were shortlisted for a World Architecture Festival award.

Fabian Architects is undertaking the heritage building project (including the smaller adjacent building). The firm has been responsible for a number of successful city building upgrades, including the conversion of the office tower previously known as Cartwrights Corner into sought-after apartments.

Engineers are De Villiers Consulting and PJ Carew Consulting is responsible for the environmental sustainability initiatives designed for the modern building.

Loading comments
More news articles
news
Guidelines to securing a home loan
Many young South Africans are working hard to achieve their dream of purchasing their first home. However, the process can be challenging due to the daunting application process, which can take up to 2 years and is often enough to discourage prospective buyers.
read more
news
Things you should consider before upgrading to a new home
The thing about the property ladder is that at some point in our lives we all have reason to want to climb a rung or two higher. Sometimes, it’s because we’ve outgrown our previous dream home, or because we want to be in a better neighbourhood that’s closer to work or to schools. Sometimes it’s because our circumstances have changed, and we’re taking care of elderly parents or relatives. Sometimes, it’s just because we want a property that reflects the financial status our hard work has won.
read more
Sign up for our newsletter
share this property article
City Bowl
The hip and happening suburb cradled by Table Mountain, Lions Head and Signal Hill is like no other neighbourhood in the world. From city buzz to the beauty of nature in mere minutes sets it apart and provides a beautiful backdrop to the property available here.
read more
De Waterkant
Modeled after the historic Bo-Kaap suburb, which neighbours it, De Waterkant is believed to be a modernised version of its landmark neighbour.
read more
Strand
Lying at the foot of the Hottentots Holland Mountains, between Macassar and Gordons Bay and just 40 minutes’ drive from Cape Town lies the bustling town of Strand.
read more